The Red Centre is the southern desert region of the Northern Territory in Australia known for its outback beauty and home of the Aborigine people. It is hemmed by sun-kissed reddish-orange plains which were formed by the blending of oxidized iron with the soil. 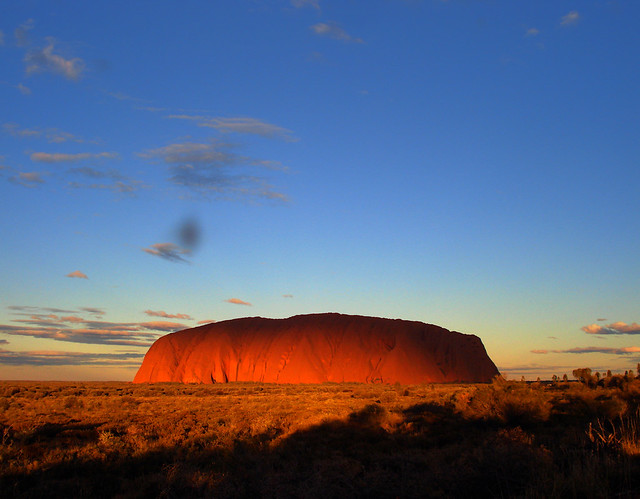 Here are some the must-see attractions when visiting the Red Centre region:

If The Twelve Apostles left you breathless, then seeing the iconic Uluru-Kata Tjuta National Park will make it much harder for you to leave Australia.  This massive park originally called Uluru (Ayers rock –MountOlga) National Park is lapped by red dunes on the Red Centre region of Australia.  The star of the park is Uluru (Ayers Rock) – a colossal sandstone monolith and Kata Tjuta (MountOlga) – the rock domes. These two are owned by the Anangu Aboriginal people. UNESCO World Heritages draws many tourists around the world, and is one of the most photograph natural and cultural attractions in the region. It is a sacred and important site of the region. Uluru is dappled with ancient cave paintings proving that this indeed has been a traditional settlement of the Aborigines since time immemorial.

Situated in Alice Spring in Australia, this gigantic park is home to animals and plants endemic to central Australian desert.  The park beckons tourists for its natural attractions and cultural importance.  Aling Springs Desert Park is the traditionally owned by the Arrernte people. Tourists visiting here get a chance to be educated on Aboriginal Survival; the park provides presentation on food and water gathering of the Arrernte people as well as information on their sex roles, among others.

The park offers 3 separate desert region that visitors get to experience: The Desert Rivers, The Sand Country and the Woodland. You will also get the chance to walk with the emus and kangaroos at the Woodland.

Speak of Watarrka National Park and you will most likely see the image of the Kings Canyon, its most photographed landmark. It is home to a wide range of endemic flora and fauna.  Exploring this colossal park requires arduous trek and enduring the unforgiving sun.  There are three trails for visitors in this territory and visitors are strongly advised to stick to them as not to disturbed the sacred Aboriginal site somewhere in the gorge. An hour walk at Kings Creek Walk will lead to the stunning view of the soaring canyon walls while a longer hike up the Kings Canyon Rim Walk will lead you to the peak of the canyon. All in all, the Watarrka National Park offers a gorgeous view like nowhere else and despite being open to mass tourism has managed to preserve its raw appeal.

The scenic landscape of the Rainbow Valley Conservation Reserve is every photographer’s dream.  This idyllic territory is clad by reddish and tangerine sandstones and rock formation with leached white layers below.  It is a typical side trip of tourists coming from Alice Spring.  The best time months to visit is April to September and the best time to visit is during sunset or sunrise.  Marvel at the stunning view of the cliffs radiating the sun’s ray that is reflected through the dessert floor.   RainbowValley like its neighboring outback is rich in Aboriginal culture; it is flanked by different artifacts on its ridges and magnificent archaic rock arts and petroglyph. Take a leisurely stroll to the Mushroom Rock but make sure you carry enough water and wear the right outfit for hiking, wearing a hat is recommended as the weather can get very hot as in any parts of Red Centre. If you can’t get enough of it, you may consider camping but make sure you bring your own food and gears as there are no facilities in the area.

Home to the majestic Palm Valley and desert oasis that is a natural haven of endemic and rare plant species. As in any other destination mentioned above, this a culturally significant site  to the Arrernte Aboriginal people.  It prides itself with Aboriginal cultural sites and one of the world’s oldest river – the Finke River. Not to miss is scaling up the Kalaranga lookout where climbers are rewarded with a stunning scene of the rock amphitheater hugged by ragged cliffs at the summit.