This UNESCO World Heritage Sites beckons tourists from all over the world because of its lavish structures, archaic sculptures and opulent fountains. Touring Rome in Italy can be overwhelming to first time visitors so it is best to know the varied districts of the Eternal City and decide from there where you want to explore first. 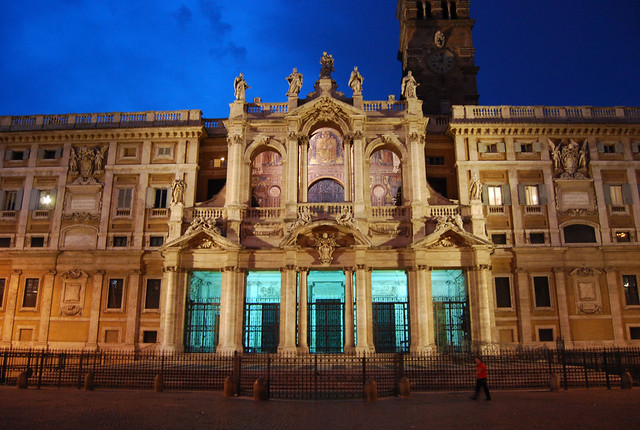 Today we shall feature the Old Rome, the heart of the Roman Renaissance period. This area is riddled with stunningly beautiful cathedrals, squares and monuments.

It is best to start your tour in this colossal egg-shaped arena holding infamous gladiatorial contest in the olden days. Hailed as the largest all over the world, it is capable of handling 50,000 audiences. For a brief history of the Colosseum, an audio guide is available for a fee

Next stop is the Forum, a sprawling rectangular plaza fringed with ruins of archaic government buildings. It was once the heart of religious and commercial affairs as well as the site of public speeches and elections. Some important Rome tourist sights to see here are: The Temple of Venus and Rome, Basilica of Maxentius, Via Sacra, Arch of Constantine, Arch of Titus, and Temples of Julius Caesar, among others.

It is the core of the Seven Hills of Rome and believed to be the origin of Rome where early inhabitants have settled since 1,000 BC. Legend has it that the Palatine houses the Lupercal Cave where the mythical Romulus and Remus (of Roman foundation myth) where found. In November 2007, what is believed to be the LupercalCave was excavated by Italian archeologist Irene Iacopi near the remains of Augustus’ residence, the founder of the Roman Empire. The Palatine House also houses the Great Mother, The Templed of Apollo and temples of Victory and the Great Mother.

Once converted into a castle inbthe 14th century, the soaring cylindrical Castel San’t Angelo is the Mausoleum of Hadrian, a Roman Emperor. Today, it is now a museum called Museo Nazionale di Castel Sant’Angelo. This place was featured in the 2009 film Angels and Demons (based on the book of the same title by Dan Brown) where the last church of the Illuminati was found.

This well-preserved archaic Roman Temple is the temple of all gods of ancient Rome. It is also the burial site of Italy’s two Kings; Umberto I and Vittorio  Emanuele II as well as the world-renowned artist Raphael.  The Pantheon is characterized by massive Corinthian columns and the world’s largest unenforced concrete domes.

Fronting the Pantheon is the Piazza della Rotonda which houses the fountain (Fontana del Pantheon) with an Egyptian obelisk. Walk behind the Pantheon and you’ll come across the magnificent Gothic-inspired church of  Santa Maria Sopra Minerva.

Now fringed by opulent cafes where tourists hang out, the oval-shaped Piazza Navona was formerly a stadium used for chariot races back in the 1st century. Today, artists congregate in the plaza to paint together with vendors selling varied souvenirs.